He is the Clinical Lead for the 'Five Rivers Regional Vascular Unit' for Colchester and Ipswich Hospitals,which provides specialist care for patients living in West Suffolk, North East Essex and part of Mid Essex. Colchester now performs all of the major vascular surgery for this area of the East Anglia with an approximate population of 850,000 people.

He has set up a vascular laparoscopic programme to work hand-in-hand with aortic endovascular stenting (EVAR) to provide a fully minimally invasive vascular aneurysm service. Since he started at Colchester in 2007, he has pioneered laparo-robotic surgery for abdominal aortic aneurysms, EVAR endoleaks and elite cyclists that provides the benefits of keyhole surgery with the durability of open surgery. He has also set up the endovenous radiofrequency varicose vein service in 2007, IMPROVE trial centre for emergency EVAR (aneurysm stent grafting), fast-track carotid surgery service, Venous Thromboembolism Prevention programme and a Multidisciplinary diabetic foot vascular clinic at Colchester. Mr Howard is also a specialist in surgery for Thoracic Outlet Surgery which involves removing extra cervical ribs, releasing compressive muscles and 1st ribs in young patients with blood supply problems to the arms. He also carries out general surgery for all types of herniae, excessive sweating and 'lumps & bumps'. He is currently involved in setting up a clinical trial for venous ulcers, a regional lymphoedema service, a leg ulcer and complex wound service with his specialist nurse colleagues at Colchester University Hospital.

He enjoys teaching and took a three year post as Clinical Lecturer with Professor Greenhalgh at Imperial College and Charing Cross Hospital in 2001. He is an Honorary Senior Lecturer in Minimally Invasive Surgery and Robotics at Anglia Ruskin University and one of the undergraduate clinical tutors at Colchester General Hospital.

Mr Howard was the Safety & Governance Lead for the Region Vascular Service from 2013-2015, during which he set up many patient safety initiatives. He has set up an ipad infection prevention audit e-tool that was shortlisted for the NHS Challenges Dragon's Den at Leeds in 2014. He developed an electonic DVT Risk Assessment e-Tool that won an NHS Innovations Award for Patient Safety in 2010. He has also won the 2012 Patients Safety Award at the Royal College of Surgeons of Great Britain & Ireland, for a study that looked into levels of care at weekends in the NHS. 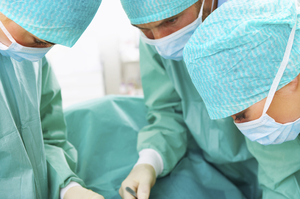 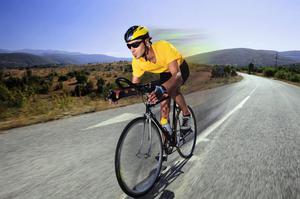